Nothing is a secret anymore because the internet exists. That means it is much much harder to do things like a jersey unveiling, secret new products, events etc. Almost always it seems like this stuff leaks out before its supposed to because we can't help ourselves - we want to see the new stuff NOW!

Well apparently that happened again today. There was some buzz on social media of a supposed unannounced Penguins jersey that popped up on Ebay. Usually we would chalk that up as some knockoff fake strip district jersey, but this one had some legitness to it because of the Fanatics logos and other NHL branding. After a few hours of social media talk, one of my favorite sites Icethetics swooped in and all but confirmed that this leak is indeed legit

Seen in the photos are Fanatics-branded Breakaway jerseys. They are the lower-priced replicas, but the designs are accurate to the Adizero game sweaters made by Adidas. To my eye, these are legitimate NHL-licensed products. There are no obvious signs of being counterfeit. Plus, Fanatics jerseys are manufactured in Indonesia, which is the listed location for the ebay seller.

So what are we seeing exactly? These are not new home or road sweaters. And as far as I know, they aren’t new third jerseys either. Since early this year, Icethetics sources and others have been reporting on a new series of sweaters coming to the NHL.

You want my take? It's a hot one...I have NO IDEA why people are so obsessed with the diagonal Pittsburgh block letter jerseys from the 90s. I mean yeah it's an ok look, but these jerseys are straight copycats from the New York Rangers closet. If it wasn't for Snoop's famous Gin & Juice video I doubt that anyone would love these jerseys for anything other than being an OK 3rd jersey. Unless there is some sort of block from ownership, I have ZERO clue why the Pens have ignored the old pigeon logo from the 90's and 2000's for so long. It's the look that plenty of us pens fans grew up on, and yeah the team wasn't great then but those jerseys were a heck of a lot better than this one. I mean what is with the skating penguin logo without the triangle on the shoulders? It was a weird idea that they use on their current 3rd jerseys and for some reason they seem to love it. If I get one wish before we see the end of the Crosby/Malkin era its this - I need to see them suit up in these threads just once! 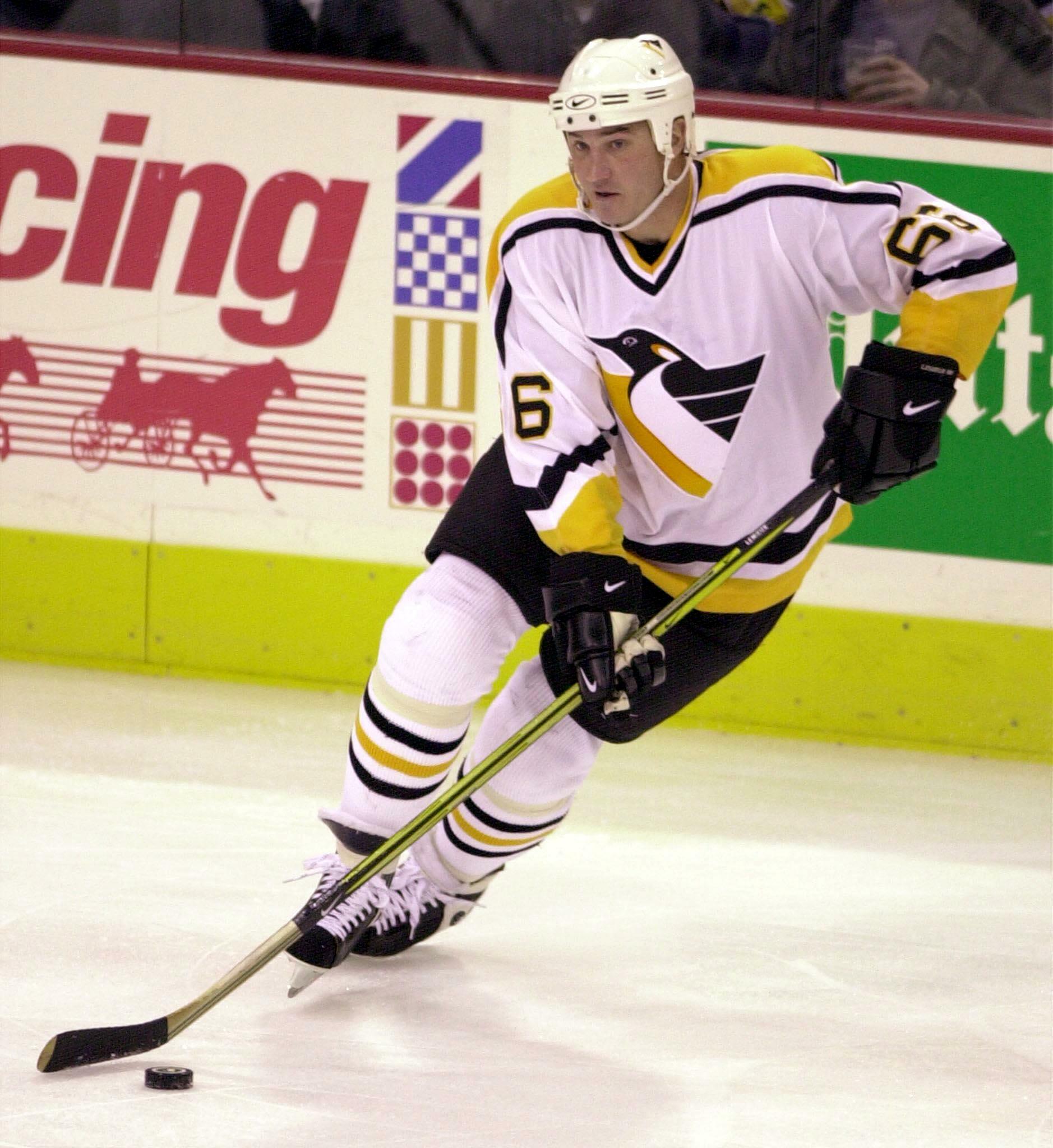